Rise and shine for Day 2 of my Taiwan trip! We woke up with a ray of hope as the sky had cleared up and we were finally able to see the view that I had booked this airbnb for!

Our driver, 沈师傅, arrived at 9am to bring us to Sun Moon Lake (日月潭), while making several pit-stops along the way, namely Rainbow Village (彩虹村), Ji Ji train station (集集车站) and Che Cheng train station (车程车站). This was the day that I was looking forward to the most, as I have not been to all these pit-stops before! I found this route in our driver’s website, and I highly recommend 沈师傅 because of his patience, kindness and adhering to our itinerary strictly without pushing us to buy souvenirs.

Rainbow village was one of the veteran villages built to house military families when the Kuomintang retreated from mainland China. In recent years these veteran villages were demolished to make way for developments. The creator of Rainbow Village, Mr. Huang, a former soldier, started painting murals of random figures using vibrant colours all over the empty and dying village. Students from nearby Ling Tung University discovered his paintings and spread the photos online. The photos gained such popularity that the village was eventually saved from demolition and instead converted into a tourist attraction.

Rainbow village is located at the west edge of Taichung city. It is a really small village with only 1 souvenir shop, and will take at most an hour to complete your visit with plenty of selfie time. If you are travelling free-and-easy, it is much easier to book a cab to and fro the city because the time spent on public transport is so not worth it in my opinion. Cab will take you about 20mins without traffic.

Ji Ji train station was a foreign name to me until this trip, and I was glad that I had the opportunity to visit this lesser known place. The station, which is built in a small quaint town, originated during the Japanese Colonial Era, with the purpose of transporting materials for a new power plant construction. It was destroyed during the 921 Earthquake as the town was the nearest to the epicenter, but was reconstructed and restored to its original look. Ji Ji train station is the terminal station of the Jiji railroad, and on a good day, you can enjoy a nostalgic ride to other towns such as Che Cheng (车程), Longquan (龍泉) and Shuili (水里). Unfortunately, luck was not on our side and it started pouring again when we reached 😦 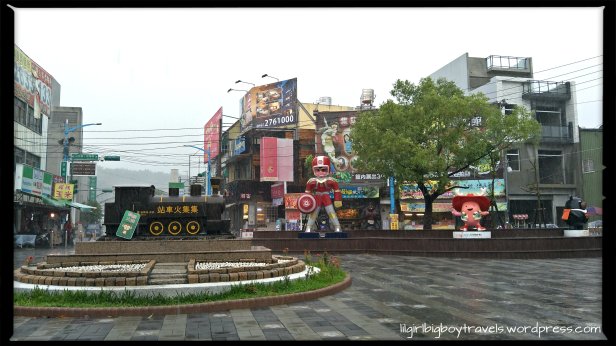 Next, our driver brought us to a nearby landmark, the Wuchang Temple (武昌宮). The lower floors of this temple were destroyed during the 921 earthquake, leaving the top floors intact. Instead of demolishing the heritage building, the government decided to cordon off the temple instead, and reconstructed an identical temple directed in front of it. In this rainy gloomy morning, the destroyed temple appeared especially desolated, and one can imagine the state of devastation after the earthquake.

From Ji Ji train station, you can take cab to Wuchang Temple.

Che Cheng train station is the other terminal station of the Jiji railroad. Checheng used to the transport hub of timbre back in the old days until its decline when logging was outlawed. Fortunately, the village was able to reconstruct itself into a tourist attraction with the boom of tourism along the Jiji Line, and was named one of the most beautiful train stations in Taiwan. As the artistically painted trains rolled into the station with a vast line of mountains as its backdrop, it was not hard to see why so! If you will like to reenact the famous hand-holding railway-walking scene in “You Are The Apply Of My Eye” movie, yet wish to avoid crowds, consider this place as an alternative! 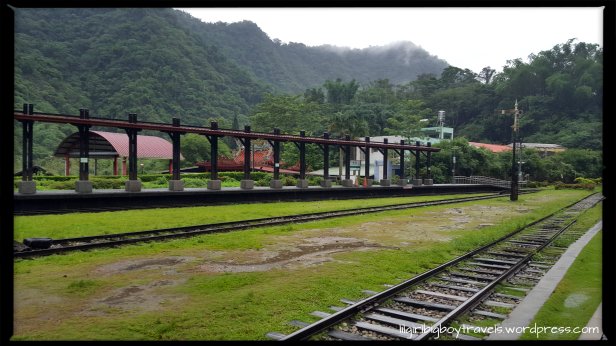 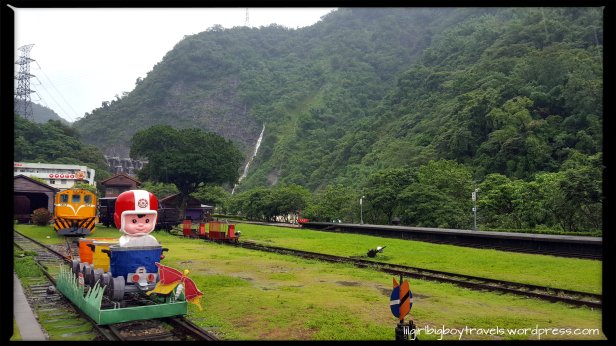 Besides the railtrack, you can also visit Checheng Wood Museum (车埕木业馆), Timber Storage Pond (杉木池) and CheCheng Old Street (车埕老街). If you have the opportunity, please try the iconic wooden bucket bento set at Cedar Tea House (木茶房), which is a short distance away from the CheCheng Wood Musuem. The wooden bucket can be brought back as a souvenir! We did not have the luck to try it as all the shops were closed due to the storm, so please let me know if it is tasty! 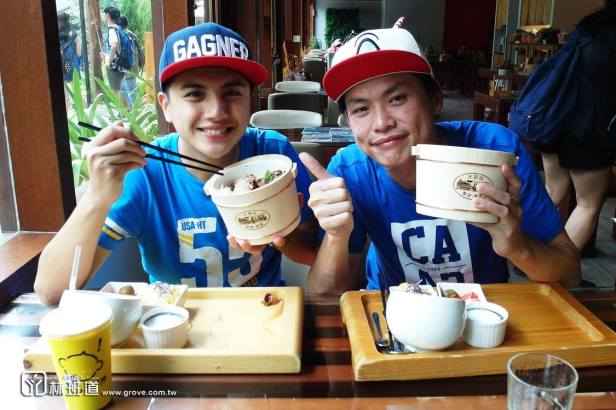